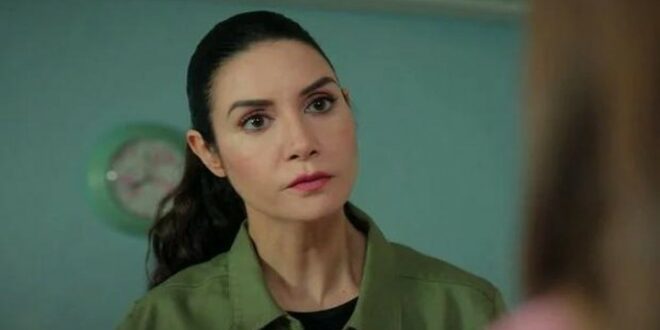 5 things that happened in “Brothers” on Monday the 16th: Asiye in danger, Doruk helps her and more

Thus, after the events of the previous deliveries, Last Monday we witnessed a crucial moment in the relationship between Asiye and Doruk (#AsDor) : he believed that his girlfriend was in serious danger and did not hesitate to go to help her.

Do you want to know more about it? Here are 5 things that happened in “Brothers” ,during the episode on Monday, January 16, 2023 , broadcast on Antena 3 in Spain.

What Happened On The Telenovela “Hermanos” On Monday, January 16?

1. Harika is left without a scholarship

Ataman College students had to take an exam if they wanted to keep their scholarship. Unfortunately, Ömer was suspended for helping Harika and even that was not enough for the girl, since she also failed the test.

Suzan finds out about this situation and is worried that she will not have enough money for her heiress to continue studying. The girl, for her part, tells her to “Do what she has to do” , because she won’t leave school.

Berk ‘s mother spoke very badly of the Aybike family . Therefore, Sengül decides to dress in Nebahat ‘s clothes to talk to the woman in the beauty salon.

However, what seemed like an act of revenge turns into the birth of a friendship. This, after the Eren aunt finds out that the lady is about to divorce her. In that sense, Sengül becomes her great support.

Asiye took a cleaning job to earn some money. She next to Emel , she starts her work, while Doruk waits for them with the car to pick them up.

However, just as Asiye climbed onto the window to clean the panes (unsafely), her boyfriend had a hard time thinking she might fall. The boy immediately went up to save his beloved, but fortunately, everything was left in great fright.

After the incident that Asiye experienced , Doruk confesses and tells Eren that he is very much in love with her and that he could not bear to lose her: “For you I have gone crazy with love” , he affirms with confidence.

Faced with this, the girl can’t help but show a big smile. Undoubtedly, this relationship is going through one of its best moments.

5. Suzan finds out that Ömer failed the exam

After receiving Ömer ‘s help in repairing the stove, Suzan realizes that there is a problem between him and Harika . Thus, she finds out that the young man was suspended because of his daughter.

So, the woman forces the young woman to apologize to her brother and, in the end, she complies. Will things work out between the two of them? We will know in the next installments of the Ottoman production.

How To See “Hermanos” In Spain?

The Turkish telenovela ” Hermanos ” is broadcast in Spain through the signal of the Antena 3 network . The television production schedule is every Monday and Tuesday , starting at 10:45 p.m.

Also, remember that you can enjoy “Kardeşlerim” through streaming . For this, you just have to subscribe to the ATRESplayer Premium platform . As a user of the service, you will have access to episodes of the television series, exclusive previews and additional material from the production.

Previous Who is Elena Cullell, the wife of Luis Enrique
Next Who was and what did Misden Elizondo die of?