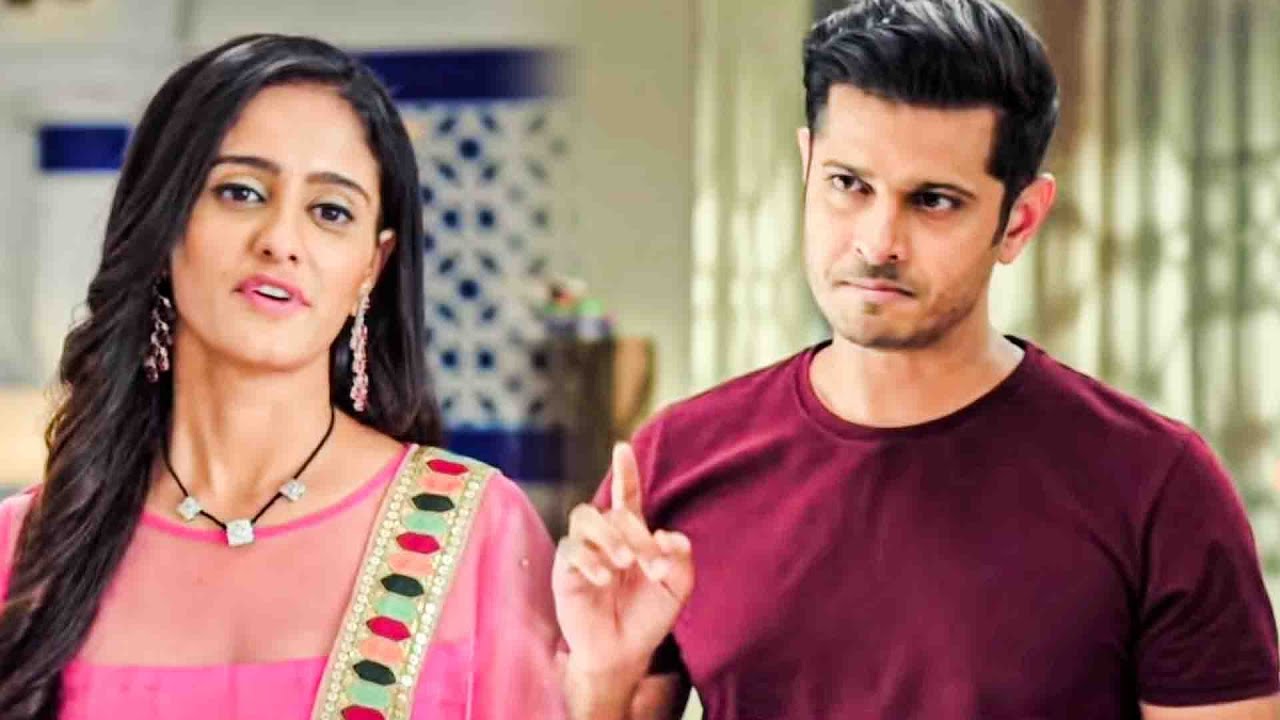 Ghum Hai Kisikey Pyaar Mein today’s episode begins with Ashwini serving tea to everyone in the Chavan’s family. Meanwhile, Pakhi comes there. Bhavani tells her that she had sent tea in her room but found the door locked. Pakhi says that she didn’t want to have tea anyway as she was just filling the resumes and had a talk with her father. She says that she would be going to spend some days in her father’s house. Shivani taunts her if she is going there to avoid Sai which irks Pakhi. Shivani asks why is she getting offended when she is just telling the truth. Bhavani asks Shivani to remain quiet. There, Mansi comes back from the temple. Bhavani asks her why did she visit the temple. Mansi tells her that everyone goes to the temple to pray. Bhavani asks if she prayed for Sai. Mansi says that she went to take blessings as it’s Samrat and Pakhi’s wedding anniversary today. Pakhi gets shocked and thinks about how did she forget about the day. She rushes to Mansi and touches her feet. Mansi asks Pakhi if she had forgotten about her special day. Karishma says it’s obvious that she will forget about it.

Mansi prays that her son Samrat returns soon. Pakhi interrupts and says that one year has passed which confirms that he won’t ever return. Mansi asks Pakhi not to say such things. Ashwini joins saying Pakhi should have searched for Samrat. Shivani agrees and says that when Virat volunteered to search Samrat, Pakhi intentionally tore the tickets as Sai was also accompanying them. Pakhi says that she didn’t want to interfere between them at that time. Ashwini tells her not to interfere with the couple and let them do what they want.

Pakhi gets angry and asks her if she still thinks she was at fault as she is not responsible if the pair fights with each other. Meanwhile, Sai and Virat enter. Ashwini asks Pakhi to behave. They ask Sai about her health. Mansi prays that Samrat returns home the way Sai did. Later, Virat asks Sai if she will not pack her clothes and books. Ashwini gets confused and asks him where are they going. Virat says that Sai is returning Gadchiroli. Pakhi hears it and gets happy thinking the family will no longer blame her for making Sai leave the house. For Ghum Hai Kisikey Pyaar Meiin more updates, follow our site.