Actor Shehnaaz Gill is one of the popular faces in the Entertainment industry. Her popularity skyrocketed when she made her appearance in Bigg Boss 13 and since then, there was no turning back. Shehnaaz enjoys a huge fan following who call themselves Shehnaazians. Besides that, the Punjabi star who proclaims to be Punjabi ki Katrina Kaif took to Instagram on Wednesday and decided to cast magic on social media. She dropped some absolutely enchanting pictures from her latest photoshoot and we are smitten.

She once again became the muse for ace photographer Dabboo Ratnani. In the pictures, Shehnaaz is seen wearing a black asymmetrical dress that has bottle green tassels around the shoulder and her waist. With minimal makeup, soft pink lips and pulling her hair back in a top knot, Shehnaaz looks fantastic. Even fans are mesmerised to see her latest look. One commented. “YOU ARE SUCH AN INSPIRATION. WHAT GRACE!” While another mentioned, “Itni pyari kaise ho aap? Aap pe bohat pyar aata hai. You will reside in my heart forever”

There were some who are elated that she is back with a bang while some said Gill is their inspiration. One user said, “You are my inspiration. I always look upto you for strength and wisdom. Love you forever and ever”

Meanwhile, the Honsla Rakh star was away from the social media glare for more than a month after Sidharth Shukla passed away on September 2. After his demise, she made her first post by sharing the poster of Tu Yaheen Hai which is a tribute song to Sidharth. Shehnaaz Gill is a popular face of the Entertainment world. She enjoys a massive fan following. The actress rose to fame with her entry in the popular reality show Bigg Boss 13. Now, ahead of her 28th birthday, the Punjabi singer is seen unleashing her spiritual side as she visited Brahma Kumaris ashram.

In the pictures shared by Shehnaaz on her official Instagram stories, it featured ‘Tower of Peace,’ ‘Tower of Purity,’ ‘Tower of Knowledge,’ ‘the Supreme Soul’ light and a sunflower’s image.

Check out the photos: 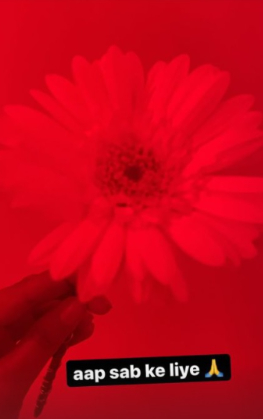 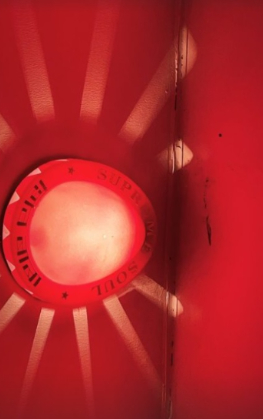 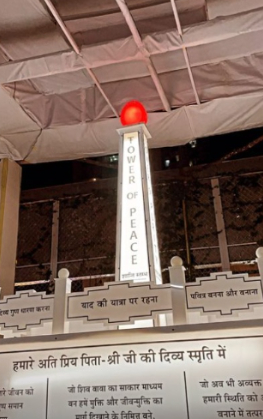 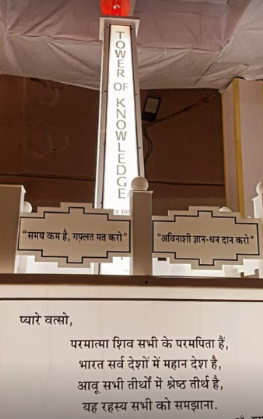 Earlier this month, Gill shared a video of her interview with spiritual Guru BK Shivani. For the unaware, Brahma Kumari Shivani was also the late actor Sidharth Shukla’s guru maa. Shukla’s family are also a firm believers of the Brahma kumaris. During her chat, Shehnaaz expressed how she would always tell Sidharth that she wants to have a chat with the spiritual Guru. She also called Sidharth her guiding angel and shared that she lost the desire to live after his death. Further, Gill added that she has realised her strength now.

Meanwhile, Shehnaaz yet again collaborated with Yashraj Mukhate. The duo, who gave us the super catchy Twada Kutta Tommy mix, are trending once again. Yashraj Mukhate released a new track, in which he added a spin to Shehnaaz Gill saying, “Such a boring day. Such a boring people.”

Last year, in October last year, the actress returned to work almost a month after the unfortunate demise of her bestfriend and actor Sidharth Shukla, with whom she participated in Bigg Boss 13. Shehnaaz was last seen in the Punjabi film titled Honsla Rakh alongside Diljit Dosanjh and Sonam Bajwa. Rocket Boys will premiere on SonyLIV from 4th Feb. A tribute to the legends of India’s space adventure, the series digs deeper into the lives of India’s greatest scientific minds as the audience unravels the relevance of their contribution today.

Check out the trailer below:

The fans are amped up after watching the trailer as they took to the comments and wrote, “Goosebumps and nothing else. 🔥💯”, “What an amazing trailer … After very long time…. 🔥🔥🔥”, “This trio is always will be in Indian heart 💓🔥”, “The entry scene of Kalam sir 🥺❤️❤️”, “Can’t wait to see this series, gives us a chance to live that era. APJ Kalam entry was no less than a popular super hero entry. 😍.” Shaheer Sheikh and his family had met with an unfortunate turn of events as his father passed away on Wednesday. The actor had just shared on Tuesday about his father being critical of Covid and suffering in the hospital. But he lost his battle and breathed his last on Wednesday. Aly Goni was the first to break the sad news on social media. Now, Hina Khan, who has been featured in music videos with Shaheer and is a very good friend of the actor, took to her Instagram account and recalled meeting Shaheer’s father as she mourned his death in a heartbreaking post.

Hina wrote in her post, “And exactly after 9 months, this — Dear uncle I met you a few months back, you were so warm and loving to me..I remember every minute of the time we spent that day… why. I am left with no words… Rest in Peace uncle… Allah aapko jannat ataa farmaaye (May God grant you heaven).”

The actress further recalled how Shaheer was there with her through her father’s death, “Shaheer was the first person to hold me close after my dad’s news broke.. I still remember how he ran after me till the end, while I was running and crying inconsolably. Wish I was there Shaheer.. This pain will stay no matter what.. No matter what people say. I have been through this and I exactly know how terrible one feels.. My heart goes out for Aunty.. It’s the time and only time which will help you to gather strength.. Nothing else works.. Nothing my friend. It stays forever. Prayers and strength.” 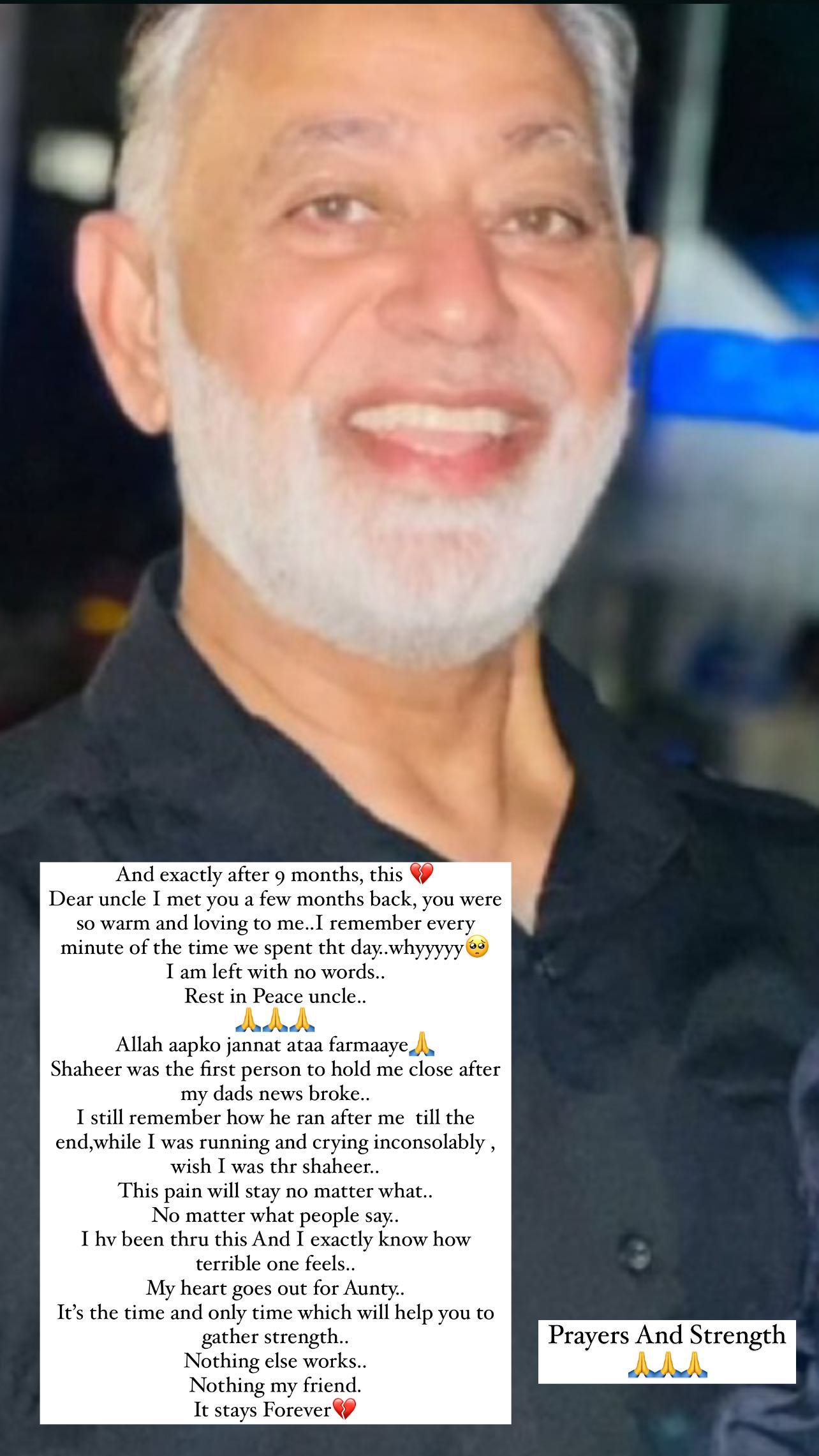 Hina and Shaheer were seen in chart-busting music videos like Baarish Ban Jana and Mohabbat Hai.