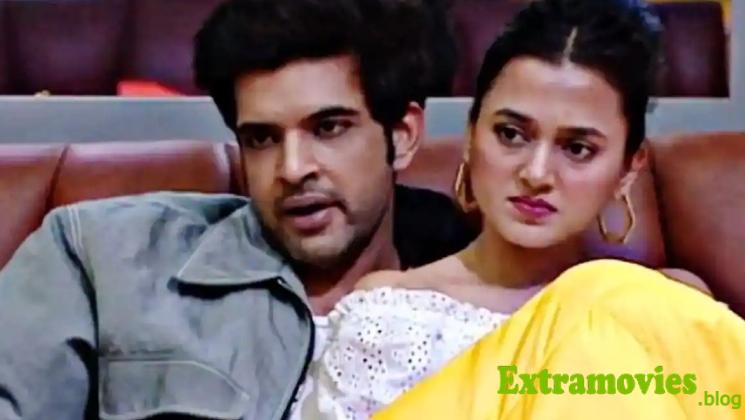 Bigg Boss 15 lovebirds Tejasswi Prakash and Karan Kundrra have been stealing everyone’s attention ever since they showed affection towards each other on the show. They instantly hit it off with the fans who then started shipping the couple. The fans even coined a term for them called TejRan which then started taking over the internet. However, over the course, Tejasswi and Karan showed their different aspects of the relationship. While some called them cute, there are some who called Karan a toxic boyfriend as he was seen to be extremely mean and toxic towards his ladylove on the show.

Now, reacting to the trolls who have been calling the same, Teja took to her Twitter handle and slammed them by saying that she is good with love unlike how people are choosing negativity. The Swaragini actor also mentioned that Karan is perfect and that she is one lucky gal! Ms Prakash wrote, “Blessed are those who find companionship. And it’s sad when a joke is turned into ‘toxicity’. I am good with love, those who want to can choose their negativity! @kkundrra you are perfect, and I’m one lucky gal!”

Earlier, talking about the same to Times Of India, Karan denied being a toxic boyfriend. He said that Tejasswi has often stood for him and cleared that he is not a ‘toxic’ boyfriend.

“I don’t know how many times it made it in the cut. It is a reality show and obviously joh dikhta hai Woh bikta hai. The makers are not wrong, they are running a show. We have said those things to each other. The narratives that were coming out were wrong and it’s not that the channel was trying to show anything wrong. It is the format of the show. Whatever happens throughout the day, can’t be shown in one hour. They are not going to show 13 people 24/7, they are going to take out the most interesting bit and show it,”  Bigg Boss 15 former contestant said.