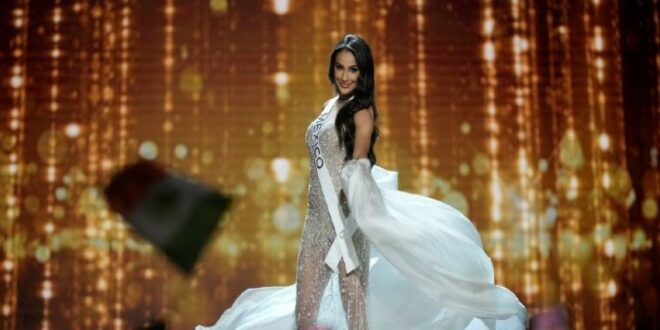 The sad defeat of Mexico in Miss Universe: Irma Miranda is eliminated

Sad defeat! Irma Miranda Valenzuela, representative of Mexico in Miss Universe 2022 , was eliminated and did not go among the 16 semifinalists of the beauty pageant. The native of Sonora stayed on the road to get the coveted crown. The participants who advanced to the next round are Puerto Rico, Haiti, Australia, the Dominican Republic, Laos, South Africa, Portugal, Canada, Peru, Trinidad and Tobago, Curaçao, India, Venezuela, Spain, the United States and Colombia.

Irma Miranda, from Mexico, is eliminated from Miss Universe

Irma Miranda’s participation in Miss Universe ended; Of the 84 participants, only 16 were chosen, among them some beauty queens from all continents. The bad news for Mexico was that the Sonoran did not go to the next round, in which the contestants would parade in bathing suits.

The reactions did not wait: hundreds of people expressed their discomfort at the elimination of the Mexican . “Irma has already been eliminated, but she is incredibly beautiful”, “Irma Miranda did not lose Miss Universe, Miss Universe, she lost Irma Miranda” and “I cannot believe the lousy choice they made with the majority of the top” were some of the comments in social networks.

The Instagram account of Mexicana Universal, a pageant owned by Lupita Jones , reacted to the elimination of Irma Miranda in Miss Universe ; With an image of the Mexican and an emotional message, it was how she thanked the Sonoran for her effort and dedication. ” Thank you very much Irma. Thank you very much for making an entire country vibrate with emotion and shout loudly with you MEXICO . You did an excellent job and you left our country very well represented before the Universe . You are a true queen and Mexicans are very proud of you , we know that what the universe has destined for you is enormous,” reads the message on the Mexicana Universal account.

Who is Irma Miranda Valenzuela?

Irma Miranda Valenzuela is originally from Cajeme, Sonora; she was born on August 15, 1996 and has a degree in business administration and a television host . On May 21, 2022, she became the winner of Mexicana Universal 2022 in the state of San Luis Potosí, where that important beauty pageant took place.