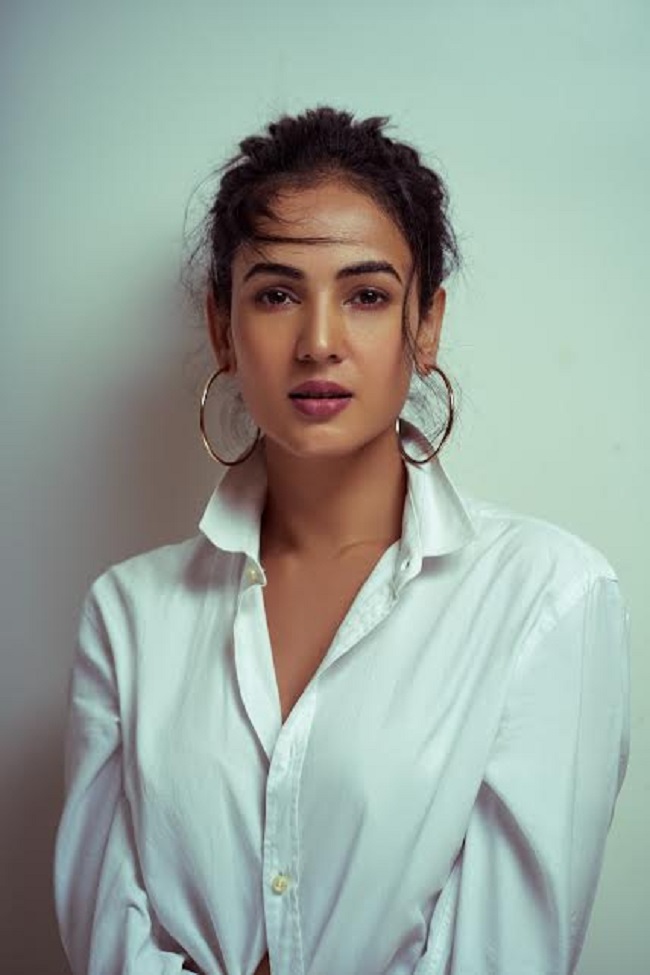 Victory Venkatesh – Mega Prince Varun Tej starrer ‘F3’ directed by blockbuster director Anil Ravipudi. Tamanna – Mehreen played the heroines. Presented by star producer Dil Raju, the movie is part of the ‘F2’ fun franchise. Shirish is building under the banner of Sri Venkateswara Creations. This out and out entertainer that the audience has been waiting for so long .. is ready to share the laughs in the theaters. It will be released on May 27 as a summer gift. Against this backdrop, heroine Sonal Chauhan, who played a pivotal role in ‘F3’, has recently caught up with the media. These things …

* How did you get into the ‘F3’ project?
There is a very interesting story behind this. Director Anil Ravipudi got acquainted with Gary while the movie ‘Legend’ was going on. Anil is shooting for another film while shooting at Ramoji Film City. We talked at the same time. We wanted to work together. So many years later I got a call from him. ‘I’m making a movie called F3. I think of you for a role. ‘ I said ok without another thought. Anil is the Comedy King. I have already seen the movie ‘F2’. Hilarious movie it is. Fun beyond that is in ‘F3’.

* Even in the ‘F3’ trailer no detail is given about your character .. How is your character going to be yet?
పాత్ర The role I am doing in ‘F3’ is very surprising. We even hid it secretly in the trailer. There has to be a twist in my character. Audiences will surely fail to entertain when that twist is revealed. Can’t say much more about my character right now.

* Will your role be prominent in the ‘F3’ story?
ఇందులో It has a heavier cast than ‘F2’. All the characters have priority in the story. As far as my character is concerned .. a key character in the story. This is the first time in my career that I have done a full length comedy film over. Doing an out-and-out entertainer like ‘F3’ seemed like a challenge. Because doing comedy is not that easy.

* Is this the first comedy entertainer in your career .. Did you do any homework specifically for this?
Doing comedy entertainer is new to me. I was very tense. How to prepare? Want to see any movies? I asked director Anil Ravipudi. He’s super cool. He said to come straight to the shooting without thinking of anything. Working with Anil Gary is very easy for the artist. He is acting and showing. He has a lot of clarity. Know how to get Performance from the Artist. Doing as he says will make our work easier.

* Venkatesh – How did it feel to work with star heroes like Varun Tej?
It is an honor to work with Venkatesh Gari. He is not a great actor .. he is a great man. Talk to everyone on the sets. Co-workers will help if they are in trouble anywhere. Also he is always thinking on the side of the producers. He does not like to waste time. Think more from the production side. You can learn a lot from Venkatesh Gary. Varun Tej is very positive. Very friendly person. Working with him also gave me pleasure.

* Tamanna – About screen sharing with Mehreen?
Working with them is a wonderful experience. We became good friends after this movie.

* How did it feel to work with director Anil Ravipudi?
౼ ‘Legend’ seemed a very positive nice person when I met him during the movie. Respect for him grew even more after working together on ‘F3’. Anil is a great narrator. Are very positive. His positivity is what appears on the screen. These guys don’t even take a bit of pressure when filming with a star cast. A lot of fun jokes are made on the sets over and over. Can turn even difficulty into comedy. He has a great sense of humor.

* Memorable Moment in ‘F3’?
First scene should be done with Venkatesh Gari. Very confusing. I wondered how it would be. So that scene was very cool. Best Moment it is.

* How did it feel to work on Dil Raju Gary’s production?
రాజు Dil Raju Garu – Shirish Garu Great Producers. I have always wanted to work on their construction. That desire was fulfilled with ‘F3’. Producers who like and dedicate themselves to the film. Every aspect of the film is closely monitored. I feel it is an honor to work under the banner of Sri Venkateswara Creations.

* Do you think ‘F3’ will be a game changer movie for your career?
The audience is sure to like it. The movie is going to be an out and out entertainer.