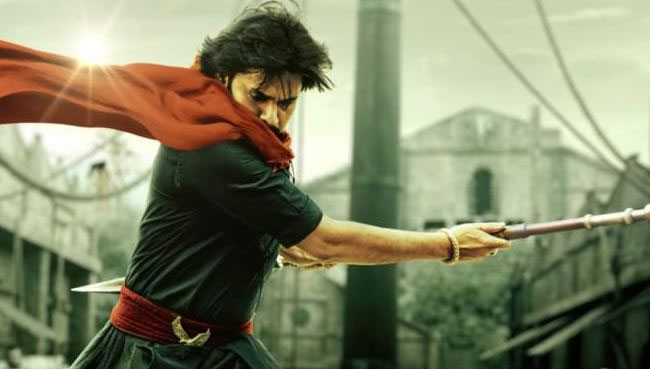 After ‘Bhimla Nayak’, Pawan Kalyan is playing the hero in the latest movie ‘Hari Hara Veeramallu’. This periodic action adventure movie directed by Krish Jagarlamudi is about to release. Shooting for the movie, which started two years ago, has been postponed due to Corona First Wave pandemic time.

Despite the favorable conditions after the Pandamik .. Pawan Kalyan Veeramallu shooting has been delayed due to other priorities. However, Pawan recently resumed shooting for the film, which was halted in April last year.

High intensity action scenes are being shot in this schedule. As well as filming some key scenes involving the main cast. Veeramal shooting is still over 40 per cent pending. It seems that Pawan wants to complete the entire film by June or July.

‘Hari Hara Veeramallu’ is the highest budget film of Pawan’s career. It is planned to be released in five major languages ​​at Pan India level. However, a rumor about the movie’s non-theatrical rights is now circulating on social media.

That is .. Producer MM Ratnam sold the satellite rights of Veeramallu movie a long time ago. According to the then Pawan Kalyan market, it was around Rs 8 crore. But right now the PK market is booming. That’s three times as much as those calculations.

In this context, the producers are now trying to renegotiate the satellite deal. However, people who have taken the rights do not want to consider it. Currently the talk is that this issue has reached the Pawan Kalyan table.

Shooting is delayed due to other reasons like corona virus .. Pawan dates are not allotted .. Large sets are not used but the cost goes up .. Hari Hari Veeramallu movie has been facing some difficulties from the very beginning. If Pawan Kalyan focuses on politics, it should not be a surprise if the shooting breaks again. It remains to be seen whether the film will be completed without any hiccups.

The film ‘Hari Hara Veeramallu’ is based on the story of the 17th century Mughals – Qutb Shahis. Nidhi Agarwal opposite Pawan Kalyan plays the heroine. Bollywood stars Arjun Rampal and Nargis Fakhri are playing key roles.

Presented by AM Ratnam, the film is being produced by A. Dayakar Rao under the banner of Mega Surya Productions. MM Keeravani composes the music while renowned writer Burra Saimadhav writes the dialogues. Gnanasekhar VS Cinematography is offered.